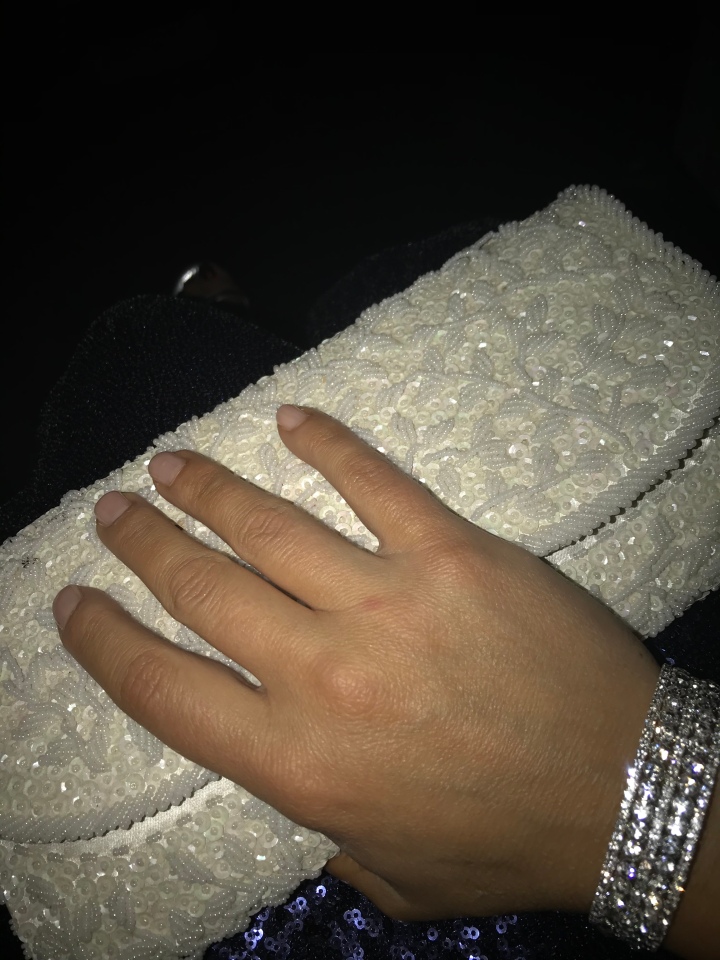 This clutch belonged to my Grandmama, my paternal grandmother. She loved to dance, and I’m glad I have this to carry.

Many years ago (22 exactly), a new bride and Coast transplant attended her first Mardi Gras Ball. She didn’t know what to expect, but wasn’t too nervous because how big could it be? Right? On a drizzly, , unseasonably warm evening in February she donned a strapless, black velvet dress that she still had from a college formal at Mississippi College. She wore her curly blonde hair in a French twist. She tried to wear heels not so high as to hurt her feet. Her makeup was simple.

Her husband was a member of the Young Men’s Business Club and this was their yearly ball. She knew he would have to leave her temporarily during the ball to hold the rope that separated the Royal Court from the audience during their walk off the stage before the dance. As she and her husband approached the B.E “Mac” McGinty Civic Center, her heart skipped. “There are so many cars here”, she thought. Naturally shy, she realized there would be much more people there than she thought. Concerned about her hair (naturally frizzy) in the outside humidity, she prodded her husband to move more quickly.

As they stepped inside, she immediately regretted not bringing a coat or wrap. It was FREEZING. There were two long tables, and familiar faces took up tickets from guests. A YMBC member offered his arm, and the young woman readily obliged, surprised by the formality of it all. As they walked from the foyer into the open ballroom space, she was taken aback by the extensive decor. Shimmering curtains, white lights, rows of beautifully decorated tables, and a long red carpet were just a few of the sights to take in.

The court was presented by the emcee as well as the history of the ball. The part about the secret committee choosing the court especially got her attention. The rest was a blur, except that she remembers to this day struggling with her strapless dress and vowing not to wear another strapless gown ever… obviously a sign that she wanted to attend again. Her updo was the other challenge. She hoped the weather next year would be less humid as she had struggled her whole life with her naturally frizzy hair. Other than that, she was taken by the experience and felt like Cinderella might have felt (complete with a handsome prince). 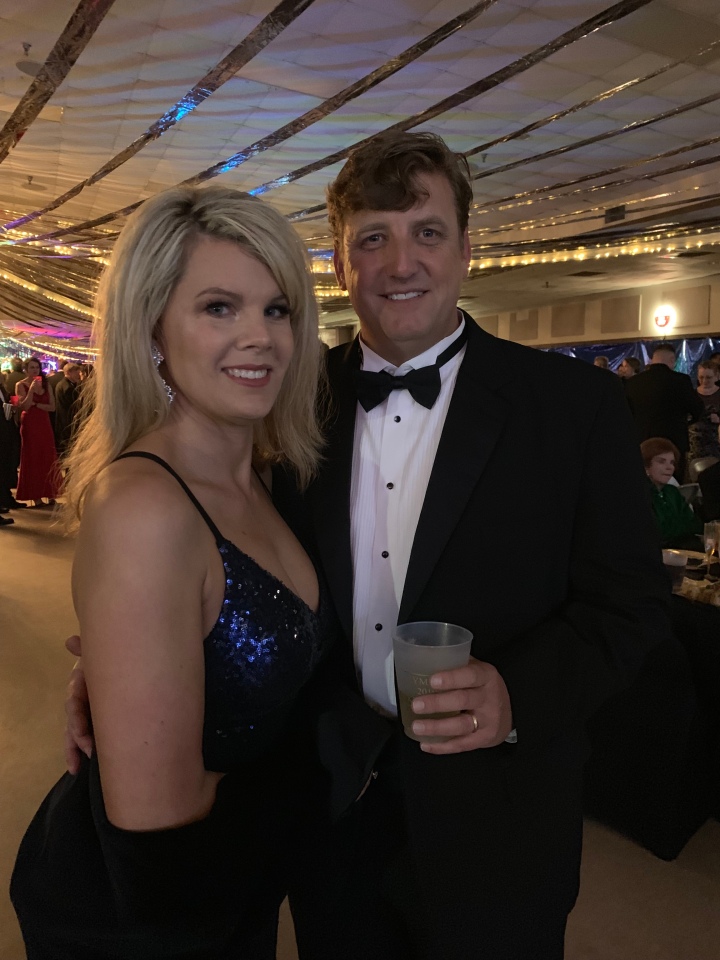 YMBC 2019…in a twist of fate (see how dramatic I am?), my dress matched this year’s curtains. Of course.😂

Fast forward twenty-two years, three children, and many life changes. The young lady subsequently attended many more balls, missing a few years here and there because of pregnancy, new babies, illness, and, well, life in general. She has seen family serve in Duke and Duchess capacities and has celebrated with those whose daughters have been honored to serve as the Queen of Joy. She also dared to wear one more strapless dress. Crazy, right?

This year, the young woman, now a mature woman in her 40’s, attended once again with her handsome prince. She remembered her promise not to wear a strapless dress (and take a wrap), and her own beautiful princess (teenage daughter) did her makeup (telling her that she could camouflage her crow’s feet). The woman once again felt that quickening of her heart as they pulled into the parking lot and was escorted once again by another member of the YMBC. And, once again, she felt like Cinderella dancing in her husband’s arms… if only once a year.